Reports are out claiming that Diego Maradona has urged former club Napoli to sign Tottenham forward Harry Kane to replace Gonzalo Higuain in the summer. 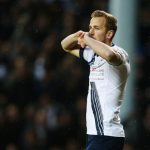 Higuain, who is top scorer in Serie A with 30 goals, has been recently linked with a move away from the club with Chelsea and Arsenal named as possible destinations and Maradona thinks that he will be sold by Napoli in the summer.

“[Higuain] gave his best to Napoli, I don’t think he can repeat this kind of form. We already saw it happen with (Ezequiel) Lavezzi.

“With the money he will earn, he will have to build a great team.”

And if Argentina international Higuain does happen to depart the Stadio San Paolo, Maradona believes Spurs ace Kane would be the perfect replacement, no matter the transfer fee.

“It’s not easy to replace Higuain, if it was up to me, I would choose Tottenham’s Kane,” he added.

“I don’t know how much he costs, but I would sign him.” Carvalho : It Would Be A ‘Dream’ To Join Jose Mourinho