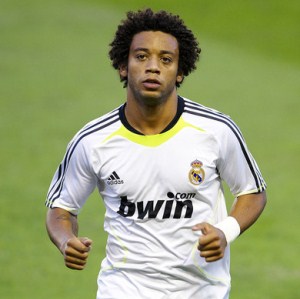 Real Madrid left-back, Marcelo has revealed that he is happy that coach Jose Mourinho is recognising his efforts.

The former Inter Milan boss has praised the Brazilian wing-back for the way he has performed this season.

“I work hard as Mourinho wants me and I still do so in each workout,” said Marcelo.

“I said weeks ago that every workout with Mourinho is like a battle.

“But I also have to show this to my coach on the pitch.”