It has been reported thatMarco van Ginkel has made a playing comeback for Chelsea U21s. 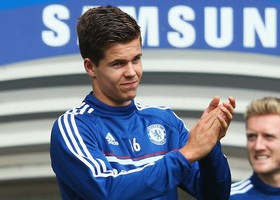 The 21 year old made a long-awaited return to match action on Friday evening as he played forty-five minutes in Chelsea’s under-21s’ draw away to Manchester United.

The Dutch international midfielder, who arrived from Vitesse Arnhem last summer for a fee understood to be in the region of £9million, has been missing for six months after tearing his anterior cruciate ligament in Chelsea’s Capital One Cup victory over Swindon in September.

Van Ginkel has been training with the Chelsea under-21 side this past week and stepped up his recovery as he played the second half at the Leigh Sports Village on Friday night.