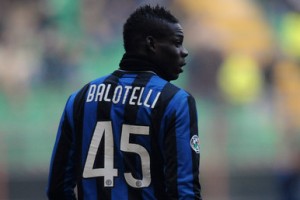 Inter Milan striker Mario Balotelli is demanding an apology from coach Jose Mourinho for him to end their feud.

It has been reported in Italy that Inter director Marco Branca met with Balotelli for 15 minutes yesterday in an attempt to end the rift but Balotelli insisted it was not he who was in the wrong and amazingly wants Mourinho to apologise.

For the Special One, there is little chance of him conceding any ground to the 19 year-old.

Balotelli, it has been revealed, is also being egged on by his family and agent, Mino Raiola, who all believe it is Mourinho who is to blame for the dispute.

The former Chelsea manager’s public criticism of Balotelli’s education and how he was raised has particularly infuriated his family.