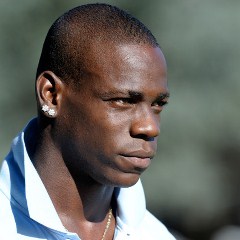 Reports have surfaced that Mario Balotelli has been handed the reins for Manchester City’s Christmas Party!

The Daily Mail reported that the Italian international striker has been asked to organise the club Christmas party this year.

The former Inter Milan star has been a controversial figure since arriving at City, but management and players now insist he has settled down.