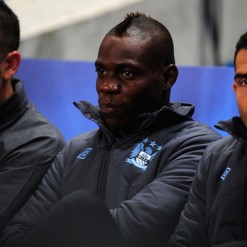 Reports are out claiming that Manchester City boss Roberto Mancini is ready to admit defeat over Mario Balotelli.

The Daily Star claims that the Italian international star has gone backwards at the Etihad this season and has fallen down the pecking order.

The Italian flop has suffered a loss of form and had several bust-ups with Mancini.

Both AC Milan and Inter are keen to take Balotelli back to the San Siro and City bosses are eager to get the £150,000-a-week striker off the wage bill.