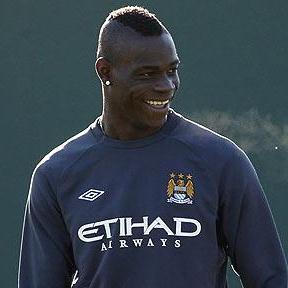 Fit-again striker Mario Balotelli has been included in Manchester City’s squad for the Europa League last-32 match at Aris Salonika.

The former Inter Milan striker is back following a knee problem, while leading scorer Carlos Tevez is included even though he has rarely featured in the competition this season.

Midfielder Michael Johnson has received a boost after his injury problems by joining the group for the trip to Greek island Thessaloniki.

However, James Milner is ruled out of the first-leg game after being injured in the 2-1 defeat by Manchester United.

Dutch midfielder Nigel de Jong is absent because of an ankle problem.