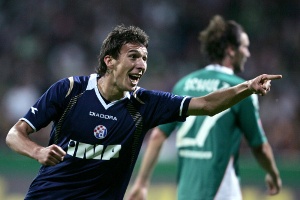 It has been reported that Arsene Wenger has admitted that he needs a new striker and Croatia’s Mandzukic has emerged on his radar.

Wenger said that it is necessary to add a striker even though high-scoring Arsenal are the form team of the Premier League as title rivals have stumbled.

With Robin van Persie, Nicklas Bendtner and Theo Walcott injured, Wenger has finally conceded he is looking for another forward but is struggling, he says, to identify one good enough.

The 23-year-old Mandzukic, who scored the only goal in Croatia’s 4-1 home defeat by England last year, has been watched by Arsenal but they have doubts about the man Dinamo Zagreb signed to replace Eduardo.


Anelka : Benzema’s Best Is Yet To Come