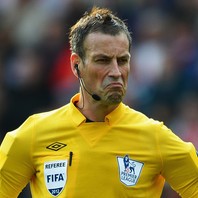 The Daily Express has reported that referee Mark Clattenburg is set to sue Chelsea for defamation.

It revealed that the 37 year old is ‘angry and confused’ by the claims and has been advised by friends within the refereeing community to fight Chelsea’s claim with action of his own.

It is also claimed that Clattenburg is keen to “protect his already battered reputation from being further damaged.”

However, the paper also reports the flip side saying that “at least three Chelsea players are prepared to go on the record to say that they heard FIFA official Clattenburg call Mikel a ‘monkey’ on Sunday.”

They add: “Mikel, however, is understood not have heard the alleged insult, but been told about it at the time by team-mate Ramires.”