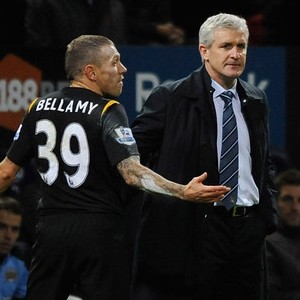 The former City manager signed a two-year deal with the Cottagers on Thursday night and straight away targeted some players to bring into Fulham’s squad for the season ahead.

Both Ireland and Bellamy have been linked with moves away from Eastlands this summer and it is believed that Hughes is working to bring them to London.

Roque Santa Cruz, who starred under Hughes at Blackburn Rovers, is also a reported target for Fulham.