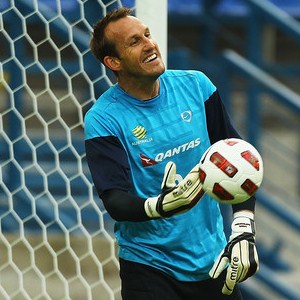 Australian international goalkeeper Mark Schwarzer has revealed that he will quit Fulham after being denied a move to Arsenal during the transfer window.

According to Mirror Football, the 37-year old former Middlesbrough goalkeeper is believed to be furious after the Cottagers disallowed him to move to the Emirates Stadium and has reportedly told the club he wants to join a club who can offer Champions League football.

Speculation suggests that Schwarzer will sign a pre-contract with a European club before making the move on a free in the next transfer window in January. Fulham Not Interested In Losing Marcus Bettinelli To Chelsea