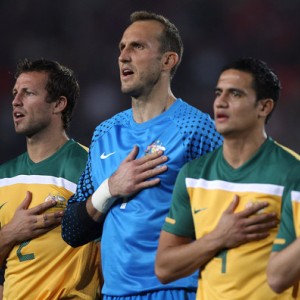 It has been confirmed that Fulham goalkeeper Mark Schwarzer has signed a new contract until the end of the 2011-12 season.

The Australian international shot stopper, who would be available on a free at the end of the season, handed in a transfer request in August to try and force through a move to Arsenal but no deal materialised.

The 38-year-old Australian, who joined the Cottagers from Middlesbrough in 2008, has now agreed a new deal that contains the option of a one-year extension

Fulham manager Mark Hughes said: “He was obviously very flattered by the interest [by Arsenal]. We’re delighted that he’s decided to stay here and we can move forward now.”

Hughes continued: “It’s something we’ve wanted to do for quite some time. I think Mark was keeping his options open and he had every right to do that. He’s very happy to sign.”

Schwarzer will line-up against Arsenal when Fulham travel to the Emirates on Saturday.

Fulham Have Got The Quality To Stay Up – Lewis Holtby