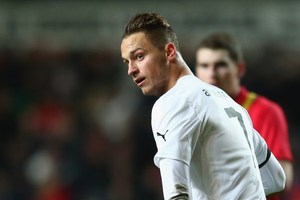 He said: “He is a very, very exciting player and somebody I know quite a lot about having watched a lot of German football over the last couple of years.

“If we can get the best out of him then he will be an absolutely massive signing for us, because he possesses abilities that a lot of other players wish they had.

“I remember him at Twente in Holland where he really burst on to the scene and then at Inter Milan. The fact that Jose Mourinho took him there tells you what sort of player he is.” Peter Crouch : I Was Forced Out Of Tottenham!