Marouane Chamakh has declared that he is happy at Crystal Palace. 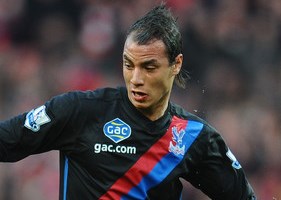 The former Arsenal striker penned a one-year deal at Selhurst Park last summer and has emerged as a fan favourite during their successful fight against relegation.

The Morocco international star told the Daily Mail: “I am at the end of my contract now and my priority is to stay at Crystal Palace for maybe one or two more years. This is the happiest I have ever been in England.

“I think he (Tony Pulis) wants me to stay, yeah. If not I don’t know why! Maybe I did something wrong.

“I want to continue to work with him and with Crystal Palace. Everything, the atmosphere, the players I work with, I don’t want to change anything.

“I just want to be better and better with Crystal Palace.”