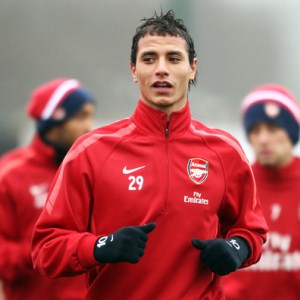 Marouane Chamakh has sensationally admitted that he lost form at Arsenal.

The Morocco international striker attributes this to the relentless pace of English football and the absence of a winter break.

The former Bordeaux striker said : “By the start of January, I felt that I had completely lost my edge,”.

“It was there for all to see. I am only human, so I’ve been given some rest and Arsenal have been able to profit from Van Persie’s form. He is walking on water right now. Everything he tries comes off.

“I am fully aware of my new status as a substitute. I hope to play again soon but it could be in March rather than February. It is a blessing in disguise, as the team is doing well and I am able to get some rest.” Wenger Admits He Had Offers To Leave Arsenal