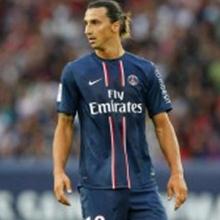 Andre-Pierre Gignac and Zlatan Ibrahimovic each netted twice as the top-of-the-table Ligue 1 clash between Marseille and Paris St Germain finished all square.

Gignac opened the scoring at the Stade Velodrome in the 17th minute and then finished it 15 minutes later, after Ibrahimovic’s double had turned the game on its head.

An open, flowing first half was followed by a much cagier affair in the second, with both teams seemingly content to settle for the draw.