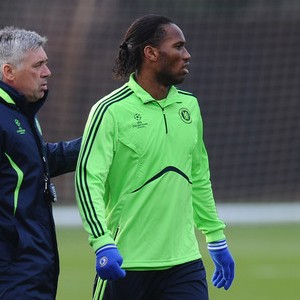 The reigning Premier League champions, who have already sealed their place in the last 16, visit Marseille in the Champions League on Wednesday.

It is believed that Marseille are desperate for Drogba to end his career at the club where he made his name.

Marseille sporting director Jose Anigo said: “Didier’s still playing for a big club which means he has several years still ahead of him.

“I hope he won’t be too old the day he decides to come back to Marseille. His story with Marseille is not finished.”