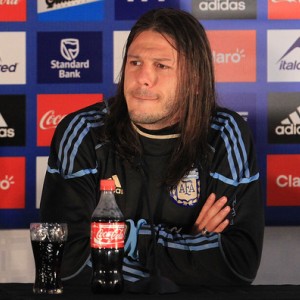 Argentine international defender Martin Demichelis will be joining Spanish club Malaga on loan from Bayern Munich for six months with an option to extend.

According to Bild, Malaga would take over Demichelis’ salary and pay a 3 million euros transfer fee at the end of the season if the club stays in Spain’s top division.

Demichelis, who played in the World Cup in South Africa, lost his starting spot this season and has been keen on a move to get regular playing time.