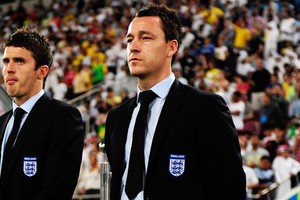 Even though the 2010 World Cup finals are on the immediate horizon Keown believes coach Fabio Capello will take the skipper’s armband off the Chelsea star.

Keown told reporters that John Terry is a big but these indiscretions really need to be dealt with by the England manager Fabio Capello.

Keown added that Capello is a great disciplinarian and this is a chance for him to show that.