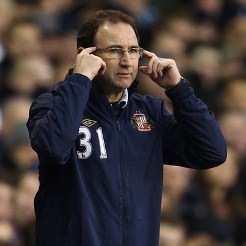 Martin O’Neill insists there’s been no approach from Arsenal for Kieran Richardson.

Reports this week have suggested the former Manchester United man could be a January target for the Gunners, but the Black Cats are yet to receive any approach.

The Sunderland boss said: “Arsenal have not been in touch with me, I don’t know anything about it.

“”I asked the chief executive as well and she said no, there hasn’t been anybody in touch yet. ”

“But what I have said is that I would keep players informed about what is happening.

“Obviously, I don’t want to rush players to leave the football club. I would rather think about stabilising things here, and hopefully we can try to progress from there.