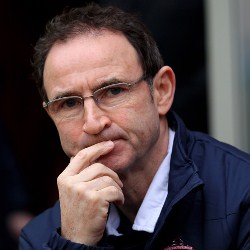 Sunderland boss Martin O’Neill has revealed that his side had a greater energy than Arsenal for their FA Cup win.

The Black Cats had taken the lead against Arsenal last weekend before conceding a leveller and then succumbing to a late Thierry Henry strike, and boss O’Neill felt his side’s lack of a midweek game had been an important factor.

“I think that helped us immensely,” he said.

“We had lots of energy, if anything we were getting stronger as the game was going on. The last 15 minutes of last week I thought we were really tired but I think the advantage swung our way this week.” ”

Sunderland, whose only major post-war trophy came when they beat Leeds in the 1973 FA Cup final, now go forward to tomorrow’s quarter-final draw.

O’Neill said: “I’m really, really delighted for everybody concerned with the football club and the players in particular. I thought they were excellent today, not just working hard but when we had the ball.

“There’s plenty of self-belief about the team, that’s getting stronger and I think they feel as if they can win matches, which is great.”

Mesut Ozil Tells Arsenal Fans His Best Is Yet To Come