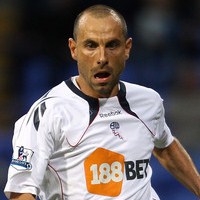 According to a report on The National, Bolton Wanderers winger Martin Petrov could find himself playing in the MLS soon.

The 32-year old Bulgarian is said to be out of favour at the Reebok Stadium since crossing from Manchester City on a free transfer last summer and it appears as though some MLS clubs are on his trail.

The report suggests that ‘Bolton have opened discussions on the transfer of winger Martin Petriv to Major League Soccer’.

Petrov’s signing would be a great coup for any of the clubs in MLS as he has extensive experience playing in Europe with the likes of CSKA Sofia, Atletico Madrid and VfL Wolfsburg, as well as Bolton and City, and representing his native Bulgaria close to 90 times.