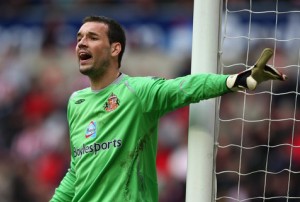 Interesting Premier League news are out and it has been reported that Marton Fulop is ready to ask away from his club Sunderland.

Local newspapers have reported that the Hungarian has played in the last few games but knows his days are numbered and he is already making plans to move on from the Stadium of Light.

Fulop, who also played for Tottenham and Coventry in his time in England, has a potential move to Germany but would be happy to stay in the Premier League.

However as there seem to be few vacancies for him just now Fulop seems more likely to head or the Bundesliga next month.