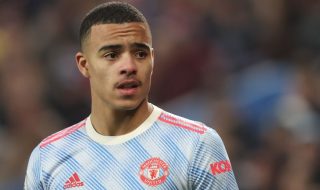 Manchester United have released a statement following the news that forward Mason Greenwood has been charged with attempted rape, ABH and controlling and coercive behaviour. The England international was arrested in January and is now set to appear in court on October 15.

The statement read: “Manchester United notes that criminal charges have been brought against Mason Greenwood by the Crown Prosecution Service. He remains suspended by the club, pending the outcome of the judicial process.”

Greenwood was arrested on Saturday morning on suspicion of being in contact with his alleged victim. That evening, Janet Potter, the Deputy Chief Crown Prosecutor for CPS North West, said: “The Crown Prosecution Service has today authorised Greater Manchester Police to charge Mason Greenwood, 21, with attempted rape, engaging in controlling and coercive behaviour, and assault occasioning actual bodily harm.

The Major Differences Between MLS Soccer and the EPL