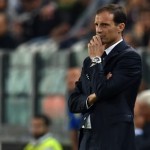 Reports are out claiming that Juventus coach Massimiliano Allegri admits they’re struggling for self-belief after their 1-1 draw with Chievo Verona.

A late Paulo Dybala penalty rescued a point for Juve in Verona.

“I didn’t like that we could’ve done better in midfield. We created a great deal, though after the break were a little more chaotic,” the Coach told Sky Sport Italia.

“Between this game and Udinese, we conceded the first shot on target. I’ve only had the full squad available for three days due to international duty and the new signings arriving, so we need time to settle.

“I would’ve liked success straight away too, but we must be realistic and accept our situation in the table, focusing on the performance.”