It has been revealed that the agent of Massimo Ambrosini is coy over a new deal with Fiorentina. 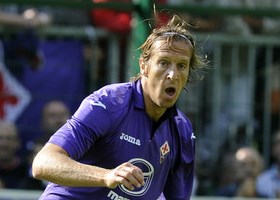 The 36 year old former Italian international signed a one-year deal at Stadio Artemio Franchi in the summer after being released by AC Milan.

Moreno Roggi told Radio Sportiva: “I was convinced that he would do well for Fiorentina, and so it has proved. They are a good team and a guy like him was never going to have difficulty adapting.

“For now there is to be no mention of a renewal. There have been no meeting set up.

“Ambrosini has often signed shot-term contracts, so we’ll assess the situation at the end of the season.”