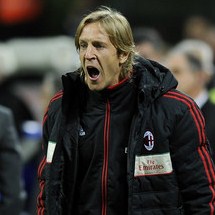 Transfer news from the Serie A is out claiming that Massimo Ambrosini is ready to make this his last season at AC Milan.

Corriere dello Sport revealed that the 35 year old midfielder has decided to quit Serie A and he’s looking for a MLS club in the USA.

The former Italian international joined the Rossoneri in 1995 after a spell at Cesena.

Kevin-Prince Boateng : I Want To Become Best In The World!