Arsenal midfielder Mathieu Flamini has revealed that he rejected a new contract offer from AC Milan. 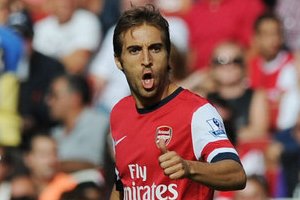 The 29-year old French midfielder spent four years in North London before heading to Italy in 2008 and is now back with the Gunners following a five-year spell at the San Siro.

The defensive midfielder told France Football : “Milan asked me to extend my contract for two years,”.

“However, at 29 years old, I didn’t want to sign for anything less than three seasons. I had other opportunities in Italy where clubs other than Milan contacted me, as well as from sides in Germany and England.

“At this stage of my career it was an important choice, so I took time to think. To maintain my fitness I decided to train with Arsenal and then over time the deal unfolded.”