Mathieu Flamini has declared that Jack Wilshere’s smoking controversy should now be over. 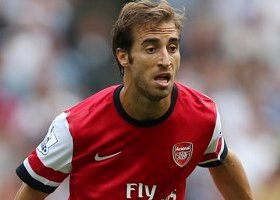 The Arsenal midfielder believes his team-mate’s strike at West Bromwich Albion was the best riposte at the end of what was undoubtedly a difficult week.

“Things like that [the smoking pictures] can happen. He is still young. He has to keep working hard and he is learning. I don’t think it was a problem. The manager has talked to him but it is behind him now.

“Jack is a very talented player. He has a lot of quality. He plays in a great team and has everything to be successful. I think he is proving to everyone he is doing well. We are fighting for the title and he is playing every game.