Southampton legend Matt Le Tissier has declared that it is critical that the club keep hold of skipper Adam Lallana. 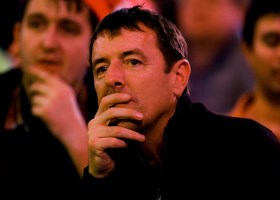 The 25 year old England international midfielder is being linked with Liverpool and Manchester United.

Le Tissier told the Daily Echo: “I desperately want Adam to stay. It’s been a pleasure to watch him play over the last few years, he’s the one guy I come to watch to entertain me.

“Each to their own and I wouldn’t blame him if he wants to go to a club that gives him Champions League football. “But if I could say anything to try and keep him at Southampton, it would be to remind him that he is the first name on the team sheet.

“Champions League clubs have bigger, stronger squads so he might not play as much if he leaves.

“Southampton could reach the Champions League one day. It’s going to be extremely difficult but if he and Luke Shaw both stay and they add to the squad they will give themselves a chance.”