Reports are out claiming that Matthew Upson could make his Leicester City debut next weekend as he continues to recover from a foot injury. 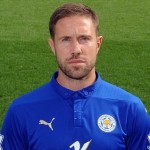 The 35-year old centre back, who joined the Foxes from Brighton & Hove Albion in the summer, is likely to play in a U21s match early next week before possibly making his bow for Nigel Pearson in the November 29 trip to QPR.

“Matt is training very well at the moment but hopefully he will play some part of a game next week, possibly,” said Pearson. “He is making good progress.”

Former Arsenal, West Ham United and Birmingham City defender Upson only recently returned to training after being sidelined for much of the first few months of the season. Leicester Have No Fear Heading Into Arsenal Clash – Marc Albrighton