It has been reported that Tottenham boss Mauricio Pochettino hopes to match the longevity of Arsene Wenger at Arsenal. 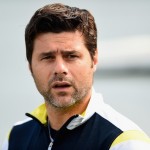 Despite so many White Hart Lane managers having been hired and fired since Wenger took charge at Arsenal in 1996, the Argentine is hopeful a win at the Emirates in his first north London derby will give him time to lay down some roots.

“An 18-year stay in charge is not easy. Tottenham is a big job and it’s a dream to stay here like Arsene at Arsenal. I need to show my skill, work hard and get results.” Fabregas On Barcelona : Greatest Game I’ve Ever Been Involved!