It has been reported that Southampton manager Mauricio Pochettino has again stated his desire to remain at the south coast club. 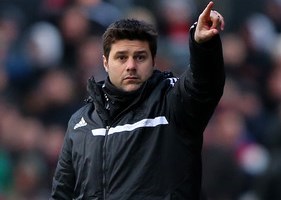 The Argentine tactician was linked with a possible St Mary’s departure last month when executive chairman Nicola Cortese stepped down but he insists he has no intentions of walking out the exit door anytime soon.

“As I’ve said in the past, I don’t really listen to these rumours,” he said.

“It flatters the philosophy of this club. On a personal matter, I’m very calm about my future and am already thinking ahead and planning for next season.”