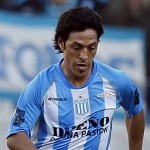 The 37 year old former Italian international was highly critical of Balotelli during the World Cup and when asked if he found the striker disappointing, the response was brutal.

“Balotelli did what he is capable of. Nothing more and nothing less.” AC Milan To Sign Adil Rami On A Permanent Basis

Alessandro Matri : I Have No Regrets Choosing Juventus!