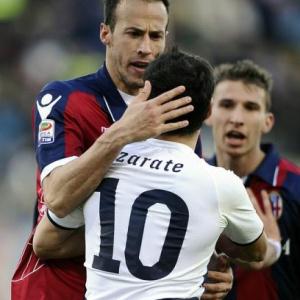 Lazio midfielder Mauro Zarate had an amazing meltdown in yesterday’s defeat to Bologna.

After the final whistle, former Birmingham City striker Zarate threw the ball at Matteo Rubin’s head, allegedly spat in his face and then accidentally punched the referee’s assistant when trying to strike one of the Bologna players in the ensuing melee.

Lazio boss, Edy Reja said : “Zarate knows he needs to improve and I have been asking him for months to perform certain movements,”.

“He can do so much better than he is right now. However, the transfer stories are all lies. He will not leave Lazio, I am 200 per cent sure of that.” 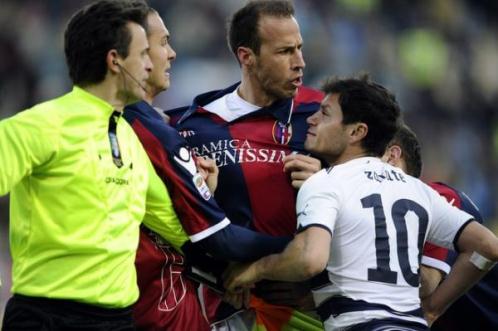