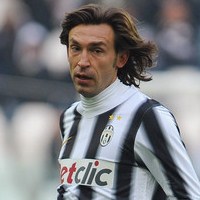 AC Milan coach Max Allegri has revealed that he does not regret allowing Andrea Pirlo to leave for Juventus.

“Pirlo was a decision made seven months ago, it’s an old story. He’s doing well at Juventus, but I didn’t doubt his quality. He’s a reference point for the Bianconeri and we’ll look to limit him,” said Allegri. Inzaghi Wants To End His Career At AC Milan