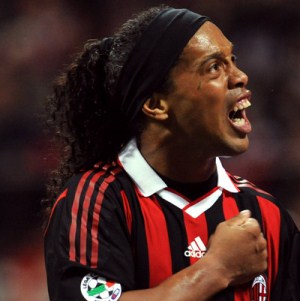 Interesting news are out and it has been reported that AC Milan boss Max Allegri is demanding more from Brazilian playmaker Ronaldinho.

It is believed that Allegri is looking for a change of pace from someone who did not take part in the South African tournament.

He said: “Ronaldinho will do better than he did in the Trofeo TIM. In general I expect him to do much better than last season, but everyone expects this from him.

“Dinho is 30 years old, he is in the prime of his career and it’s up to him to prove that he is still a world class player. If every individual improves, we can fight for the Scudetto.

“People say Milan have an old squad, but in today’s football a 33-year-old can do a great deal at the highest level. The team is young inside and hungry for victory.

“This side must have belief in its champions, its youngsters who are growing and these lads who can do so much. Milan are a team of champions, not of old men. Age is an alibi.”