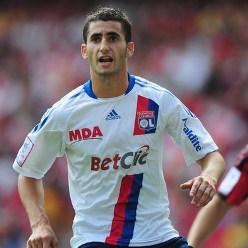 Agent Frederic Guerra revealed that his client would only leave Lyon for Real or Napoli.

“Last summer some teams like Napoli were interested in the player, but could not reach any agreement. Now, recently he re-signed with Olympique Lyon, which is why if a club wants him they will have to pay more.

“Also, if he had to go he would only go to a big team like Real Madrid or Napoli.”