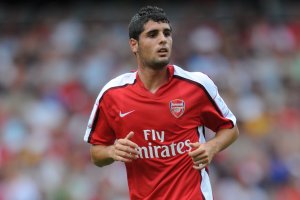 Good news foe all Arsenal fans as youngster Fran Merida will resist interest from Spain to remain with Arsenal.

Local newspapers have reported that the Spanish teenager, who scored a stunner in last week’s Carling Cup win over Liverpool, is out of contract at the end of the season.

Manager Arsene Wenger blocked a loan move to Levante last season but fears have been mounting that the talented teenager could quit the Emirates for nothing and return to his homeland.

It is believed that Atletico Madrid along with a host of other La Liga clubs are desperate to snap up Merida, now age 19.

The player’s agent, Joseba Diaz, however insists that the young striker wants to stay a Gunner and revealed that he is coming to London to discuss a new two-year deal with Arsenal. Next Arsenal Manager Must Deliver Something EXCEPTIONAL – Wenger