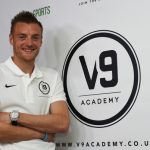 Reports are out claiming that Arsenal hero Paul Merson has slammed their pursuit of Leicester City striker Jamie Vardy.

Merson admits he’s a fan of Vardy but doesn’t see how he’d fit in at the Emirates.

“I’m shocked. I’m absolutely flabbergasted with it,” he told talkSPORT.

“Arsenal don’t get the ball forward quick enough for Jamie Vardy. No disrespect, but he plays at Leicester where everyone goes and has a go at them.

“Twenty of his goals must have been over the top, balls that he is running on to, beat the goalie and great finish. You play for Arsenal, you kick off and the other team sit ten men behind the ball

“Leicester suits Jamie Vardy, in my opinion. He is perfect for them. They play his way, they get the ball forward very quickly and he will keep on causing havoc. If he goes to Arsenal, I just don’t see it.”