Reports are out claiming that Arsenal legend Paul Merson claims that it won’t surprise him if Arsene Wenger plays a weakened side in the FA Cup quarter-final against Watford on Sunday. 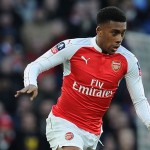 Merson believes that the Watford game will be Wenger’s biggest game for a long time, but he thinks that the Frenchman might prioritise the Champions League return leg against Barcelona rather than focus on winning a third-straight FA Cup.

The Gunners will face a gigantic task of overturning a 2-0 first-leg deficit at Nou Camp on Wednesday.

“I think it is a massive match but it wouldn’t surprise me if he made 10 changes and saved everybody for Barcelona, which they have no chance in.”