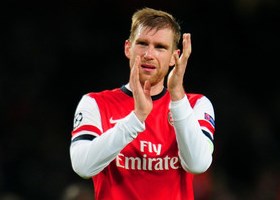 Arsenal defender Per Mertesacker has declared that there are no excuses for their drubbing at Liverpool.

The Gunners found themselves 4-0 down after 20 minutes at Anfield and despite an improved second-half showing, they eventually lost 5-1.

“To be honest, it’s one of the worst setbacks of this season,” the defender told Arsenal Player.

“We feel very bad at the moment, disappointed with our performance right from the start.

“It was just not good enough to compete at that level. Liverpool seemed full of confidence. At the start we were eight points clear of Liverpool so we should have been more confident and more aware of the situation but that wasn’t the case.”

Arsenal Ready To Bid For Pepe Reina In January