It has been reported that Mesut Ozil is convinced winning the FA Cup can kickoff a new era at Arsenal. 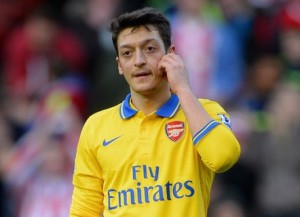 The German international playmaker is expected to start today against Hull City at Wembley.

“We are in the final and we want to take this silverware now. I am convinced we will achieve that,” he said.

“We can win titles with this squad, this is very important for the fans as well because they have been waiting for so long.

“I am very proud of the team. We qualified for the Champions League and we are in the FA Cup final.

“If we can win the cup, then it will be a great season.

“However, it will be a tough game because Hull fights till the end – nowhere else other than in England are there so many teams who never give up.”