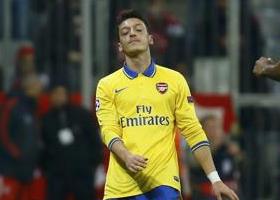 The German international playmaker has come in for criticism in recent months for some below par performances.

Brady told talkSPORT: “He’s not deserved the criticism in his first Premier League season. Everybody needs time. He started off really, really well.

“People forget Arsenal lost Ramsey and Walcott at a crucial time. Those players were very good for Ozil. Think of how many goals he set up for both of them. With those two players missing it’s made a hell of a difference to his game.

“Arsenal have had a lot of bad luck with injuries in the last few weeks.”