Arsene Wenger has declared that Mesut Ozil is up for their Champions League clash at Bayern Munich. 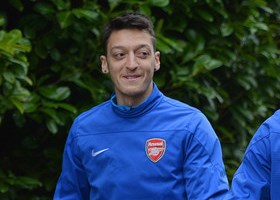 The Arsenal playmaker looks to have recovered from the disappointment of his early penalty miss in the first leg, and scored the first goal in the FA Cup win over Everton.

Wenger said: “I believe he was affected by his performance (in the first leg).

“He started quite well in the first game and after that he was affected by the fact that he missed the penalty.

“It affected his performance because he felt he let the team down. I think since, he has recovered.

“He had a great performance on Saturday, is on the right path and I am confident he will have a good game(on Tuesday).”