Good news for all Arsenal fans as it has been reported that Mesut Ozil fit to feature for the Gunners at home to Norwich City. 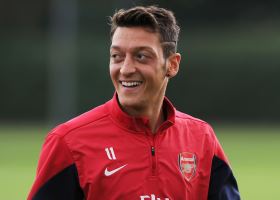 The former Real Madrid star was doubtful for the match against Norwich after picking up a knock during his international outing with Germany.

However it appears that the 25 year old has been deemed fit for this weekend’s Premier League clash along side Bacary Sagna and Santi Cazorla who all return make their return from injuries.

England international winger Theo Walcott however is still out.

Ian Wright : Arsenal Fans Should Give Theo Walcott A Break