Reports are out claiming that Mesut Ozil is expected to be fit for Arsenal’s clash with Hull City on Sunday. 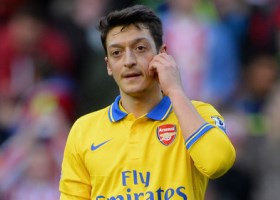 Gunners manager Arsene Wenger said in his pre-match press conference on Thursday that the £42.5million German international could feature at the KC Stadium, with Nacho Monreal also nearing a return.

Ozil picked up a hamstring injury in the Champions League defeat by Bayern Munich last month and Arsenal have only won twice since as their title challenge has ground to a halt.