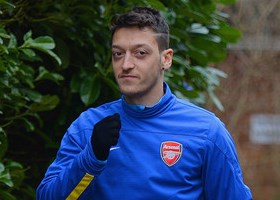 The former Real Madrid star is closing in on a return to first-team action, but will not play part for the Gunners in their FA Cup semi-final against Hull on Saturday.

“The FA Cup will be too soon for him, but he will hopefully be back soon after that,” said Wenger on the midfielder who has been out with a hamstring injury sustained during Arsenal’s Champions League exit in Munich in March.