It has been reported that Arsenal midfielder Mesut Ozil is eager to see Arsene Wenger commit to a new deal. 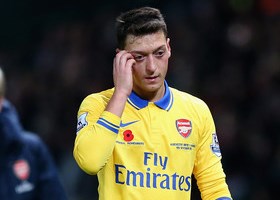 The deal has yet to be officially confirmed.

However club record signing Ozil said: “Of course I want him to stay.

“He’s the one who convinced me to come here, he’s a world-class manager and he can really push the team to its top level and players can develop under him.

“It’s not just for me but the club in general and the fans.

“It’s important that he will extend his contract and he will be the manager here for a long time to come.”