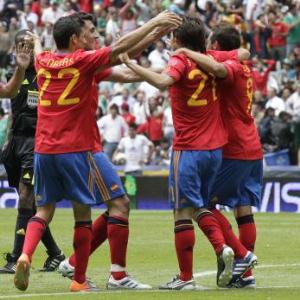 Ironically, Manchester United’s new striker Javier Hernandez had found the back of the net early in the first half for the hosts and for 78 minutes his goal had looked to be enough to separate the sides.